Here I sit.  It is 03:00 am, my feet have not seen shores or slippers for 14 days, I am salty from bucket-showers, it is 31 degrees inside sy Escape, so I prefer the cockpit where the wind keeps me comfortable in my shorts and T-shirt.  All is quiet onboard.  The time of peace.  My time.

I am already reflecting on how the crossing was.  It was uneventful!  One would think that an atlantic crossing on a small sailboat would be some of the most adventul things on any bucket-list, but no.  I heard stories about big waves, crazy winds, squalls that lifted the boat out of the sea and stories of big tunas, blue marlins and vengeful barracudas. But no, our crossing was uneventful !

We are not disrespectful to neither the atlantic nor to fellow sailors that cross before us.  Nor are we ‘meme’ on the crossing. I am only claiming that our crossing was uneventful – as planned and prepared for.

It started off great.  We left Mindelo in the Cape Verde on December 30th at about 12:00.  It was a delayed departure, but on the other hand – how can a departure on a sailboat be ‘a delayed departure’.  Is it not up to us to leave when we are damn good and ready?   Is it not exactly this way of thinking we wanted to leave behind?  Remember the ‘unplanned plan’?  On sy Escape we have only departures and none of them are delayed.  All of them are well prepared.

We wanted to go on the 27th, after Christmas celebrations.  Somehow, we had managed to let the days leading up to Christmas slip between our fingers in Cape Verde.  We browsed, had so many coffee’s that the waitress on ‘Bar Mindelo’ nodded, smiled and brought us the coffee when we entered the bar and we listened to Cesaria Evora.  There was no rush.

Con had to go for a check-up at a local clinic.  She had been dizzy and somewhat disturbed sight since Gran Canaria and we needed to know she was all right before the atlantic crossing.  The doctor spoke only Spanish, so I am not sure if it was the good check-up, his comforting way of talking or my translation that made us confident that all was well, but confident we were as we left the clinic.  Low on blood.  That was the issue, so we went for medicine.  On the local market we found liver, we looked all over for potato leaf to boil with no success and we went to the pharmacy to get some tablets.

With an arsenal of traditional and modern remedies, Con improved rapidly and decided to come on the crossing.  Brilliant decision and looking back on it, now she knows she will conquer seasickness after 3-4 days in normal conditions.

As I sit here, the wind hits the 30 knot mark and increases.  The boat comes to life and starts to surf down the 4-5 meter waves as we speed up and pass the 10 knot mark.  The water slush by and when I look up, in the moonlight I can see our wake drawing curves in the wave behind us.  The boat talks to me with all her sounds and movements.  Monique looks down at me, tilts her red top from side to side as if she say ‘relax, I got it’.  We are in ‘shoal-country’.

These rain showers push wind.  Sometimes lots of wind.  It follows up with rain.  Lots of rain.  Yesterday we had one that snuck up behind us at night.  I saw the wind fall from 20 to 7 knots – as if the oncoming rain shower sucked up all the wind preparing to hit us.

Damn, it hit.  The wind peaked at 47 knots.  ‘Wind before rain let your topsail remain’ the captains of the Boston clippers said.  We were reefed down so, I let the ‘top’sail remain.  Sheets tightened, halyards tightened, cleats tightened and before soon, we were in the waterfalls. I mean waterfalls.  The rain smashed down the waves, visibility disappeared and booom, the shimano fishing reel on our pushpit went off like a machine gun – we had fish.  Ohh how I wanted a dorado for dinner.

I could hear the reel going like crazy and I started to look for my rain coat while the machine gun said….’going, going’….  I did not want to wait for the ‘gone’, so I took a deep breath and rushed into the waterfalls to reach the brake on the shimano before our dinner emptied the line.  I leaned over and put on the breaks.  It slowed down and stopped.  Good.  There was still enough line on the reel to land our dinner.  Now we are talking – dorado dinner. It was like the ‘old man and the sea’, only we had fish and there was no old man around.

Just after leaving Cape Verde, I threw in the big squid with the big hook and the big line to get the big fish.  I let out lots of line to make sure it was far behind the boat, but keeping line on the reel for the big fight that was to come.

I had good advice from the captain on ‘Fish on’.  He was the go-to-guy in Pasito Blanco for big fish advice.  As Con and I walked over to his boat I told her’ I don’t want to spend hundreds of euroes on fishing hooks.  Let us keep it down’.  ‘Si,si, tuna.  Si,si marlin.  Si, si Dorado.  Big hook, no problem.  How many?  Need line?’  It was yes on all points and as I was collecting all the gear, Con went over to the ATM to get more Euros.

Five minutes after throwing in the big of everything in the sea just outside the harbour in Mindelo, the shimano machine gun went off big time.  I gave Con a smile saying ‘there you see, big tuna with big hook’, as I started to break down the reel.  The speed of the machine gun increased.  Again, I smiled telling ‘big is good’ while pushing the break to max.  It sped up and now I started to see the end of the line.

I have some leather work gloves prepared for such emergencies, so I confidently put them on to take control of the line.  Big hook, big fish.  IT got warm.  The line was warm through the gloves and reeling in was a fantasy.  The machine gun kept on and I realised that the end was close – literary the end of the line.  Snap, and all was silent.  No more machine gun, no more big of anything, no more warm line and no fish.  Con looked at me and smiled something that I think meant ‘pasta today also?’

The rain in my face brought me back to here and now.  This time I had been able to break down the reel, there was still line on the reel and I felt in control.  little by little, I reeled in a nice dorado for dinner. It was a beautiful fish.

Before long, we will see birds, get Barbados on the FM radio and see the island light up the skies. All sure signs of the end of a crossing. It is a strange thing – I mean the final nautical miles are strange.

All crossings comes in phases. First the ‘Shake, rattle and roll’. It takes 2-4 days for everyone to settle in. Even those that do not struggle with seasickness need to adapt to the movements, the rotations and getting things done with one hand while hanging on with the other.

After settling in, comes ‘Hunky Dory’. Everyone is ok with the rotation, sea sickness is gone, personal hygiene is back, stars shine bright on a dark sky and there is life on Mars. Hunky Dory goes on for weeks on a long passage before it fades into ‘Arravial’.

Arrival always start to early and takes too long. ABBA is on the FM radio, the birds are there and the sky is lit, but still there is 20 hours to go. Ohh what endless hours waiting for the anchor to drop and the boat to calm down.

We were on the Arrival part of our trip. I had warned about it, but now expectations was high. Slowly we passed South Point (yes it is actually called South Point), gave ample space for the reef and pulled gently on Monique to tell her to steer higher into the wind. We winched in the sails that had been spread out for 15 days.

sy Escape heeled over gently and started heading into the wind on the lee side of Barbados. We passed Needham’s Point and motored into the bay. It was dark and before soon there was unlit boats on all sides of us. We found a mooring, tied up and went to bed.

The Atlantic crossing had been nice, no accidents, no breakage and uneventful – as planned.

‘The Pacific Drift’ is published !!

We are members of Ocean Cruising Club (OCC). It is a club for blue water cruisers with some miles under the keel. We regularly publish articles in the club magazine – the Flying Fish. Below Read more… 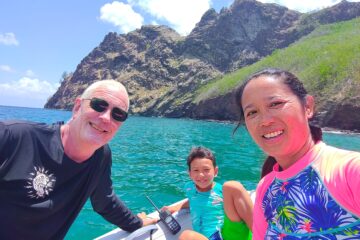 It sneaked up on us yesterday evening. At night. Late. Ten minutes before midnight. It starts in Kiribati, a small island group just west of the international date line. In 1994 the government of Kiribati Read more… 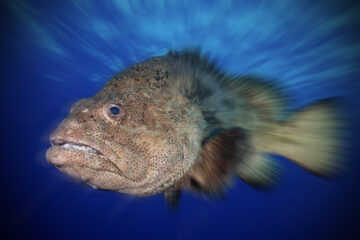 I sat on the side of our dinghy with my feet already in the water. We, Theresa, Morgan from Nomadica and myself, had just arrived the false pass at Totegegie, an island in the Gambier Read more…